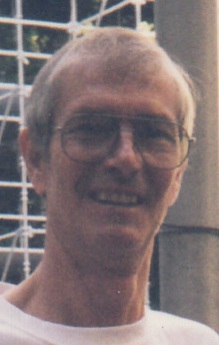 James William Gray, age 74 of West Mifflin, passed away at home on Sunday, May 15, 2022 surrounded by his beloved wife and pets.  Born October 1, 1947 in Pittsburgh, he was a son of the late Clifford and Beatrice (Faullert) Gray.  James served in the Coast Guard during the Vietnam War, where he worked in search and rescue out of Erie.  He retired as a Stationary Engineer for Point Park University and was a member of the Triumph of the Holy Cross Parish (Holy Spirit) in West Mifflin.   James is survived by his wife of 34 years Patricia A. "Honey Bunny" Lujetic; sons Jeffrey Gray of Erie, Brian (Lynn) Gray of Erie, and Kevin (Joanna) Gray of Pearland, TX; grandchildren Declan, Matthew, Michael (Janeth), and Megan Gray; first wife Marlene Gray of Erie; sister Joyce Frauens of Pittsburgh; sister-in-law Rayma Gray of Baldwin; brother-in-law David M. Lujetic of Clairton; and niece and nephew Linda and Gary Gray.  In addition to his parents, he was preceded in death by brother Gordon Gray.  His wife, Patricia will remember her darling husband as the sweetest, kindest, and gentlest man she had ever met. It was her honor and pleasure to be married and care for her “Beloved Stargazer” as long as she did.