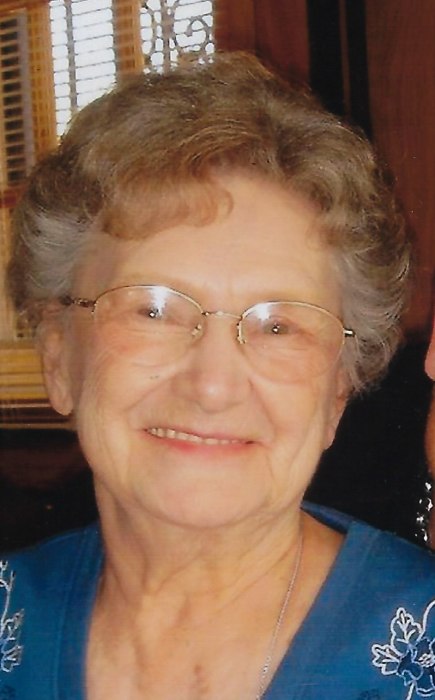 Christine (Mularski) Hampe Sikoski, age 90 of Port Vue, passed away on Thursday, February 13, 2020 in Mt. Vernon of Elizabeth.  Born August 28, 1929 in Glassport, she was a daughter of the late Zygmunt and Estelle (Kwiatkowski) Mularski.  Christine was a member of St. Mark's Parish in Liberty Borough and worked as a manager at John's Bargain Stores around the Mon Valley, at the former Jaison's of McKeesport, and as a school bus driver for Earl Williams and Sons.  In her spare time, she was an avid bowler, card player, and taught aerobics for the Glassport Seniors.  Besides her parents, Christine was preceded in death by her first husband Jack Hampe, her second husband Richard A. Sikoski, her sons Albert and Jeffrey Hampe; and her brothers Anthony, Ernest, and Regis Mularski.  She is survived by her daughters Linda (Brian) Fox of Casa Grande, AZ and Judith (Kevin) McGinn of Elizabeth Twp.; her grandchildren Roxanne and Bryce Fox and Melissa (Sean Snyder) Ryan; her great-grandchildren Brandon and Jordan Slachta; her great-great-grandchildren Addison and Adam Slachta; her sisters Phyllis Carrick and Grace Vargo; and also nieces and nephews.

Friends will be received in the Daniel F. Bekavac Funeral Home and Crematory, 4504 Walnut St., Versailles Borough, McKeesport, PA 15132 (412-678-3454) on Wednesday, February 19, 2020 from 2 to 4 PM and 6 to 8 PM.  A Mass of Christian Burial will be held on Thursday, February 20, 2020 at 10 AM in St. Mark's Parish, Liberty Borough, with Fr. Thomas A. Wagner officiating.  Procession and burial will follow to Penn Lincoln Memorial Park. North Huntingdon.  www.bekavacfuneralhome.com