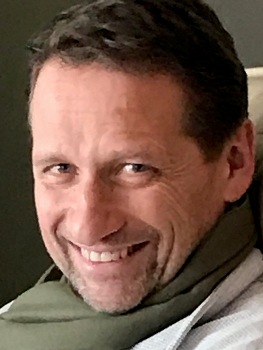 Paul L. Gala, 55, passed away peacefully on December 2, 2019. He was in the presence of his loving family. Paul was diagnosed with gastric cancer in May of 2018. Facing his foe with unwavering courage and dignity, Paul spent the last 19 months making indelible memories with his beloved wife and children. Paul was born on March 16, 1964 in Elizabeth Township, PA to the late Charles and Margaret Gala. He earned his Bachelor of Science degree from the University of Pittsburgh in 1986 and the following year, his MBA from the Katz Graduate School of Business. Paul dedicated 30 years to IBM as a business executive and market leader and most recently, 2 years as the Senior Director of Sales Operations at Blackboard.

Paul is survived by his wife, Angela (Pyne-Ponder); his 3 children Cole, Hayden, and Grant; as well as siblings Charles (Patricia) Gala, Ronald (Lori Ann) Gala, Marlene (John) Shields, and Lisa (Mark) Cirucci; in-laws Rachelle (Jason) Atkins, Libby Ensminger, Al (Bobbette) Pyne, Ken Ponder; and many nieces and nephews. Paul was a man of many passions. He achieved Eagle Scout rank in Troop 99, enjoyed karate, earning his Kempo Black Belt, as well as relished both leisure travels abroad and to his hometown of Pittsburgh. When not playing the Panthers, Paul remained a true fan of the Steelers. Above all else, he harbored a deep and all-encompassing love for his wife, children, and dog, Indy. Paul Gala was always wise beyond his years, a deep sense of fairness, integrity, and honesty were his most prominent qualities. While Paul will be sorely missed, his life and legacy will be forever celebrated. Friends will be received at Hankins & Whittington Funeral Home, 1111 East Blvd. Charlotte, on Monday, December 9, 2019 from 5-7PM. A mass of Christian burial will be held on Tuesday, December 10, 2019 at 9:30 AM at St. Gabriel Catholic Church, 3016 Providence Rd, Charlotte, and reception to follow. In lieu of flowers, donations may be made to Debbie's Dream Foundation: Curing Stomach Cancer, debbiesdream.org or Big Brothers Big Sisters of Central Carolinas, bbbscentralcarolinas.org. Local arrangements made by Daniel F. Bekavac Funeral Home.