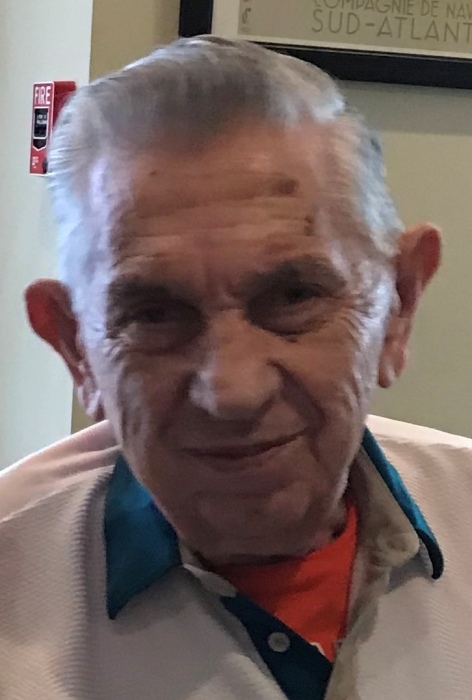 Stanley C. Pomycala, age 93 of Pasadena, MD and formerly of North Versailles, passed away at the University of Maryland Baltimore Washington Medical Center in Glen Burnie, MD.  Born August 14, 1926 in McKeesport, he was a son of the late Charles C. and Mary (Busch) Pomycala.  A graduate of McKeesport High School, Stanley worked as a manager for the former A&P Market, a custodian for East Allegheny School District, and with Westinghouse Corp.  He was a US Army Veteran of the Korean War, a member of the American Legion Post # 701 of White Oak and the Senior Citizens of North Versailles.  In his spare time, Stanley was an avid softball player, loved playing cards, slot machines, and games on his tablet, and, most of all, adored spending time with his granddaughters and great-grandchildren.

Stanley joins his wife, the late Shirley M. (Campbell) Pomycala.  He is survived by his son Glenn (Renae) Pomycala, with whom he resided in Pasadena, MD, and Sharon (Paul) Pokos of Sykesville, MD; his granddaughters Randi (Christian) Mauser, Rachel Pomycala, and Katilyn Pokos; his great-grandchildren Elliott and Sawyer Mauser; his sisters Frances Germek of Port Vue and Rita Puskaric of Versailles; his brothers Richard Pomycala of Apollo and Ray Pomycala of North Huntingdon; and also nieces and nephews.  Friends will be received in the Daniel F. Bekavac Funeral Home and Crematory, 4504 Walnut St., Versailles Borough, McKeesport, PA 15132 (412-678-3454) on Monday, November 18, 2019 from 3 PM until a Funeral Service at 7 PM.  Interment will be private at the National Cemetery of the Alleghenies, Bridgeville.  In lieu of flowers, Stanley's family asks that memorial contributions be made in his name to a Veterans-oriented charity of the donor's choice. www.bekavacfuneralhome.com